Even though the Christian population is very small in the country, Japanese people have enjoyed celebrating Christmas since western culture was introduced about a century ago. For many Japanese, there is no real importance to the celebration religiously, but Christmas in Japan have become successful commercially. It has become one of the new traditions in Japan. Christmas is just simply festive - a big excuse to have fun parties and go out to the town. Now, let’s take a look at how non- Christian Japanese spend Christmas.

Christmas Eve seems to be more important than Christmas Day. It’s the evening when couples in a romantic relationship spend time together. They exchange gifts. Many couples put special emphasis on this time. As a matter of fact, the gifts they exchange are relatively pricy. This custom was introduced In 1980’s after a Japanese singer-songwriter Matsutoya Yumi released her song “ Koibito ga Santa Claus,” and it became a big hit. The song was also used as background music for the love romance movie “ わたしをスキーに連れてって“ which was a big hit. In the song, a girl describes her boyfriend as Santa Clause who comes to see her with a gift and take her away.

Since then, the concept of Christmas Eve for couples became a standard. Many young people are not happy if they don’t have a lover to be with on Christmas Eve. They may feel that they are not participating in a special event of the year. So, what do those who don’t have a special person to go out with do? Some of them will hang out with friends and go to parties. And many families celebrate Christmas by having dinner together.

Do Japanese display Christmas trees at home? Yes, they do especially if their children are still young. We don’t place Christmas gift under the tree. However, children are told that Santa Claus comes to visit while children are sleeping, and he will leave a present beside their pillows so that they can find it when they wake up in the morning. This is probably because the trees are usually too tiny to place the gift under. Remember, Japanese houses are usually in smaller sizes compare to the ones in the U.S. There is no way to put the American standard-size Christmas tree inside the house.

Instead, people enjoy going out to see brightly illuminated trees on the streets. In December, lights are everywhere. Every year, the media ranks the best Christmas illuminations. Picture above is the light show in Midtown Roppongi, Tokyo.

What We Eat During Christmas

Japanese also eat Christmas cakes. A Typical Christmas cake is round with white whipped-cream icing , strawberries and a little Santa figure on top. Usually, people order Christmas cakes in advance just as they order KFC chicken legs. So the confectionary industry is very active this time of year.

Until the early 90’s, girls who didn’t get married before the age of 25 were called “ a December 25th Christmas cake “, This meant that the beautifully-decorated cakes which weren’t sold on time( by the 24th ), were probably going to be wasted. Yes, it is very insulting. At that time, the average age of marriage for women was under 24 years old.

Surprisingly , having KFC chicken legs on the Christmas dinner table is popular is Japan. People order at KFC in advance even a couple of weeks before Christmas - KFC is so busy that you are not able to buy anything on Dec. 24th without a pre-order. You will see the famous Colonel Sanders statue dressed in Santa Clause costume standing proudly outside of each KFC shop. 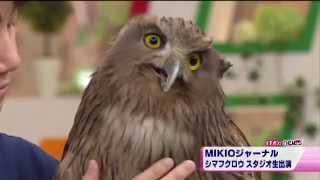